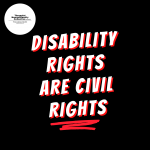 We recognize the social injustice of structural racism and unconscious biases surrounding disabled and neurodivergent marginalized populations and we affirm that working within the disability rights movement requires us to advocate for, and join forces with neurodivergent members of marginalized groups to persevere for justice for all. The Therapist Neurodiversity Collective recognizes that all forms of systemic oppression and structural violence, including but not limited to racism, sexism, homophobia, transphobia, ableism, classism, ageism, antisemitism, Islamophobia, anti-immigrant bias and white supremacy cause significant harm to personally impacted members of neurodivergent and acquired neurodivergent communities.

Ohio State University’s Kirwan Institute for the Study of Race and Ethnicity defines implicit bias as “the attitudes or stereotypes that affect our understanding, actions, and decisions in an unconscious manner.” Research shows that as therapists, our biases may predict our clinical decisions, including diagnostic decisions and therapy approaches, more than we realize. As licensed, credentialed therapists, we can contribute to, be a part of, or participate in structural racism, even inadvertently. Therefore, Therapist Neurodiversity Collective believes it is important to work diligently to educate ourselves as well as our Collective therapist members about environmental and sociocultural influences that impact our practices, including implicit or unconscious clinician biases surrounding people of color. We pledge to actively address the significant identified problem of under-identification of neurodivergent diagnosis, and over-identification of diagnosis of disruptive behavior disorders in people of color, all of which limit equitable access to therapy, and other supportive services.

The Therapist Neurodiversity Collective commits to peer and interdisciplinary team education and advocacy in our practices and work environments regarding structural racism and unconscious biases in private practice, medical and educational settings. We pledge to serve and advocate for all marginalized neurodivergent and disabled clients, students, and patients to have the inherent rights of civil liberties, dignity, self-advocacy, self-determination, and equitable access.

Our therapist members pledge to champion for the civil rights of marginalized groups, both as a cohesive group, and individually in our respective accreditation organizations (ASHA, AOTA, APTA) with identified strategies as learned from our therapist peers of color. We will continue to address the lack of representation in our own ranks, recruiting therapists of color, and compelling our accrediting agencies and Universities to promote educational and financial equitable access for university students of color and other marginalized groups seeking therapy degrees.

Understanding Racial Differences in Diagnosing ODD Versus ADHD Using Critical Race Theory: “While epidemiological literature suggests similar prevalence of ODD and ADHD across racial groups, a review of studies assessing “real-world” diagnostic practice suggests Black children may be over-diagnosed with ODD. Critical race theory (CRT) is applied to determine the etiology and sequelae of a racial effect in diagnostic practice to explain this disparity in findings.”

Unconscious Bias and the Diagnosis of Disruptive Behavior Disorders and ADHD in African American and Hispanic Youth:  “There is a growing body of evidence indicating that when compared to non-Hispanic white youth, some ethnic and racial minority youth are more likely to receive a diagnosis of a disruptive behavior disorder and are less likely to receive a diagnosis of #ADHD. When controlling for confounding variables such as adverse childhood experiences, prior juvenile offenses, genetics, and sociodemographics, these diagnostic and treatment disparities remain.”

“Significant racial/ethnic disparities exist in the recognition of ASD. For some children in some racial/ethnic groups, the presence of intellectual disability may affect professionals’ further assessment of developmental delay. Our findings suggest the need for continued professional education related to the heterogeneity of the presentation of ASD.”

AUTISM’S RACE PROBLEM: (Warning – Ableist Language)
“For years, the medical community has studied and treated autism as a “white person’s” disease, and, today, research and therapy remain geared toward affluent, white people and families — leaving people of color in the lurch.”

CDC – Spotlight On: Racial and Ethnic Differences in Children Identified with Autism Spectrum Disorder (ASD) (Warning – Ableist Language) “ADDM reports have consistently noted that more white children are identified with ASD than black or Hispanic children. Previous studies have shown that stigma, lack of access to healthcare services due to non-citizenship or low-income, and non-English primary language are potential barriers to identification of children with ASD especially among Hispanic children. A difference in identifying black and Hispanic children with ASD relative to white children means these children may not be getting the services they need to reach their full potential.”